A Place For EVERY Woman

My sisters in the Lord, regardless of where you are on your walk with the Father … There is a place for EVERY woman at the foot of the Cross. 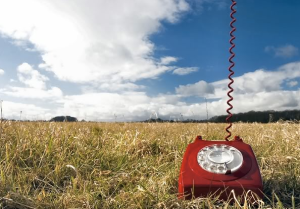 “My sheep hear My voice, and I know them, and they follow Me”

“Are there any volunteers?”

Seeing the lack of hands going up for a dear friend of mine, I stepped up along with four other women, and approached the front of the room where blindfolds awaited us.  With the blindfolds on, we were placed in a single file line and told to place our hands on the shoulders of the lady in front of us.  She was to be our blind leader.  It was at this moment I thanked the Lord that I wasn’t in the front.

At the start, it was really easy.  The room of about 100 women was completely silent.  You could only hear the speaker’s voice and the sound of our feet moving in rhythm with hers.  As she let go it became a bit more difficult.  We all knew when the speaker had let go.  Our leaders hesitation was a clear sign that she was questioning the direction of her next step.  Slowly our leader began to move.  A little bit later, the speaker softened her voice and as she did this the room filled with noise – endless chatter from the audience.  Being 4th in line I was straining to hear the voice that was leading us.  The speaker’s voice blended in with the others, until they were all one in the same.

As the noise in the room grew, the more I had to focus on the things that made her’s different.  The sound, the tone, the way in which she put her sentences together, even how long she paused between statements.  All of these things made her voice unique.

It was at this time in the speaker’s illustration that her point became clear.

The word speaking is defined as: to express thoughts, opinions, or feelings orally; to extend a greeting; to be friendly enough to engage in conversation

Does it excite you that God is speaking?

That He desires to express His thoughts, His truths, His feelings.  That He not only chooses to extend a greeting and engage in a conversation with us, but He desires to extend and enter into a relationship with us … one that promises to last throughout eternity, where love will never end, and peace and joy will reign forever.

I often wonder why He isn’t speaking to me?  Why I can’t hear Him today, when just a few weeks ago His voice was so obvious?  And then I realize … hmmmm … when’s the last time I spent time alone with Him, engaging in a conversation.  One that we both participate in.

So many times I find that I don’t linger in His presence long enough to hear what He has to say.  I may spend an hour in prayer, but never offer Him an opportunity to speak … or myself the opportunity to hear His voice.

When we are not focused on His voice, it is almost impossible to distinguish His from the endless chatter of the audience.  Yet if we will tune out the noise, tune out the distractions that surround us, we can and will most certainly hear His voice, as if He were the only one speaking.

Master and Creator … Thank You for offering so much more than just a engaging conversation.  Thank You for actively engaging in my life, and for allowing me to actively engage in Your greater plan. Father, as I go through this life, help me to focus on the sound of Your voice.  That I may know it and that I may follow it.  Never hesitating about which direction Your voice is coming from.  Lord let my feet walk to Your rhythm, mine and Yours moving in complete unison, to where only one set of footsteps is heard.   For it’s in Jesus precious name I pray … amen!

Categories: ABC of who He is!

How Can I Help?